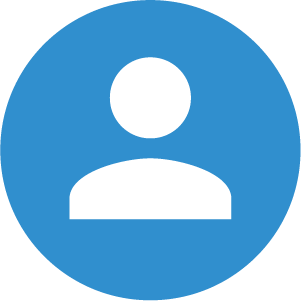 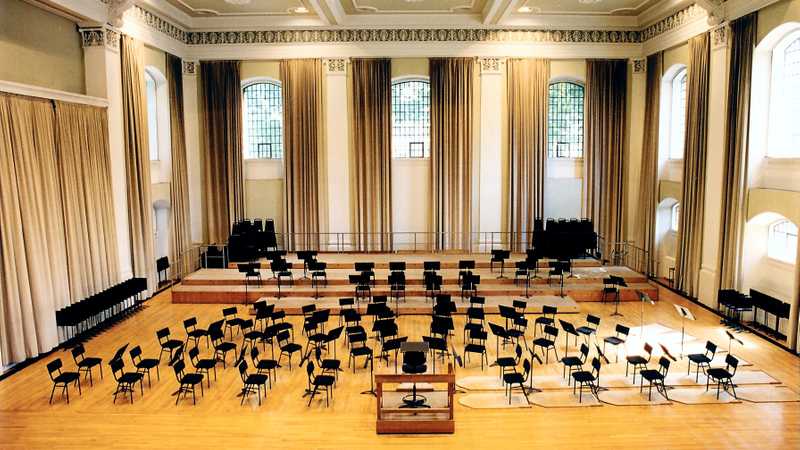 Location
Pin does not show exact location of spaces, just a rough estimate. Exact location of a space is provided when you pay for a booking.
Powered by TfL Open Data ©
Reviews of our space 0 (0)
About Henry Wood Hall Limited

By the mid 1970s London’s orchestras had been searching for some time for a suitable permanent rehearsal space.

Arup Associates were appointed late in 1970 by the London Philharmonic and London Symphony Orchestras to carry out an assessment of various churches with a view to their conversion into an orchestral rehearsal hall. Earlier correspondence had also referred to the possible use of the hall as a recording studio and this was considered as an additional need in their assessment. The opportunity of creating a permanent rehearsal and recording hall for London’s two oldest self -governing orchestras and of restoring a fine old church created a unique project.

Several possible churches in south London were investigated by Mary Lawrence (whose husband, Harold Lawrence, was then manager of the LSO) and Arup Associates to find a building suitable for conversion into a rehearsal and recording studio.

A summary of the findings was presented in a preliminary report in March 1971, which concluded: “Holy Trinity Church is a redundant church. It is a classical revival church, rectangular in plan, standing in the centre of an early nineteenth century square, now designated a conservation area. The church had now been disused for some ten years and the subject of many planning applications for schemes as varied as petrol stations and ornamental gardens. The Disused Churches Committee of the Diocese is required to dispose of the church as soon as possible and there was an indication from the planning authority that an application for a change of use would be favourably received. The acoustics are excellent and the church is in one of the quietest and most beautiful squares of South London.” Holy Trinity Church had been declared a building of architectural merit and is protected as a Grade Two listed building.

On December 10th 1972, a full scale test rehearsal was held in the church when the London Philharmonic and the London Symphony Orchestras - all the players wearing protective helmets against the risk of falling plaster - each visited the church with their instruments. The building had been swept out and temporary lighting and heating brought in. Players sat on the old church chairs, which were last used during war-time air raids, and played a program of Bach, Stravinsky, Elgar, Ravel, Haydn and Brahms, while a team of acoustic and recording engineers listened and made tests. It was a memorable day - highlighted by the difficulty of trying to play in draughty, dirty and dilapidated surroundings - but it helped to convince everyone that this was indeed an ideal place for making music.

The LPO and LSO then asked some of their friends to set up a trust, the Southwark Rehearsal Hall Trust, to raise the necessary funds for the rebuilding scheme. The contractors were originally instructed on a £330,000 contract which, at the time of opening, had risen to very nearly £700,000. Southwark Rehearsal Hall Ltd. was also formed with the Earl of Shaftesbury, Sir Jack Lyons and the Chairman and Manager of each orchestra as the first directors of the Company.

The church was purchased and returned to the original donors, the Corporation of Trinity House, owners of the estate for several centuries.

In January 1973, a 99 - year lease for Holy Trinity Church was signed with the Elder Brethren of Trinity House. A peppercorn rent was set, the lease requiring the trust to restore the church at its own expense. In the spring of 1974 Terry Palmer was appointed Manager of the building.

The most important factor at the next stage was the fullest consultation with the management’s of both orchestras and with recording companies, the people who knew the practical problems of rehearsing and recording in London. An important consideration was that all the renovations and improvements should be in style with the period of the building, particularly since the Corporation of Trinity House, our landlords, were restoring the surrounding square.

The final drawings were prepared, the necessary statutory permissions were obtained, the contractors were chosen and appointed and they were to start work on the foundations on October 1st, 1973. In the middle of the preceding night the building was gutted by fire which left standing only the four outer walls of the church, the tower and the charred remnants of the galleries

The roof timbers had completely caved in. One month later the contractors started the long job of almost total reconstruction. Whilst underpinning the foundations the contractors were to make a grim discovery: over five hundred coffins which were in a state of more or less advanced decomposition. Experts were called in to deal with this problem, and this macabre episode would add £30,000 to the total bill.

The Minister for the Arts, Mr Hugh Jenkins, tapped the last piece of roof copper home in a topping-out ceremony on June 13th, 1974. On the evening of June 16th, 1975 a concert was given by members of the London Philharmonic and London Symphony Orchestras to an invited audience to inaugurate the newly named Henry Wood Hall. The hall was named after Sir Henry Wood after receiving a substantial donation from the Henry Wood Fund (set up to rebuild the blitzed Queen’s Hall).

To accommodate the changed usage of the building, some modifications had to be made: the gallery was reduced by one bay on both sides of the Hall, and two control-rooms for recording constructed under the gallery at the west end. A new organ, designed and built by N.P.Mander, was installed, but this still remains uncompleted. All that survived the fire in the old church were the pews, and these were utilised as seating in the new restaurant in the crypt. The crypt also houses libraries for the LPO Orchestra.

Since 1975, the Henry Wood Hall has been the scene of constant musical activity. Besides rehearsals for all the leading London orchestras and chamber groups, there has been constant recording activity covering all types of music in the classical repertoire, from solo pianists to full scale grand opera. Visiting orchestras like the St Petersburg Philharmonic have recorded here, and the Japan Philharmonic has rehearsed here along with many others. The list of famous singers and instrumentalists who have recorded here includes almost all the great names of the second half of the 20th century. And so the story continues.....