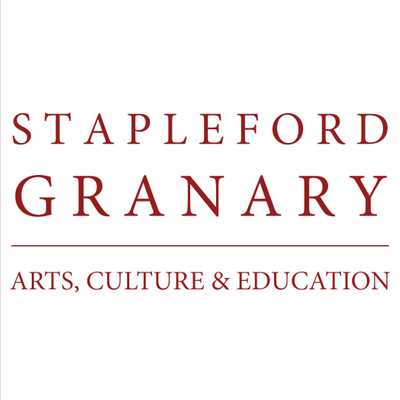 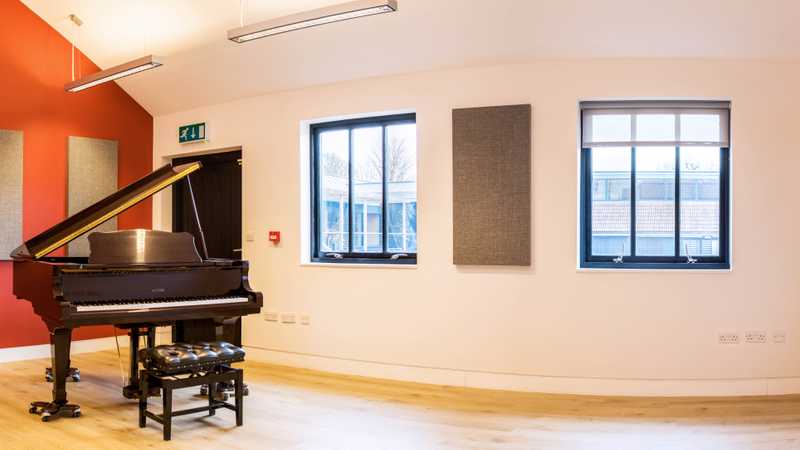 Location
Pin does not show exact location of spaces, just a rough estimate. Exact location of a space is provided when you pay for a booking.
Reviews of our space 0 (0)
About Stapleford Granary

Stapleford Granary is an arts centre built on the vision and values of the Association for Cultural Exchange: fostering cultural understanding – from local to worldwide, historical to contemporary - through education. Our cultural curiosity and passion for cross-arts collaboration lies at the heart of what we do, illustrated in our programming, artist residencies, research, workshops and exhibitions. Here at the Granary we promote artist-led programmes, working with musicians, composers, painters, sculptors, writers and theatre-makers to collapse the traditional boundaries between art forms. Over the next 5 years, we’ll be exploring more ways to support our belief in the arts to change and enrich lives and envisage new ways of thinking.

1960s: ACE provided European study tours and student exchange programmes with a strong focus on archaeology and Scandinavia. By the end of the 1960s, affordable air travel opened up the ACE world to a new audience.

1970s: This decade saw the first long haul study tours outside Europe, starting with Mexico, then Peru, Iran and India. By 1974, there were 36 programmes of study (12 abroad and 24 in the UK) mostly built around architectural themes.

1990s: the 90s saw a strong acceleration in ACE grant giving, providing support for sustainable development and education projects around the world including Burma, Ethiopia, Madagascar, Nepal and India. By the end of the decade ACE was making around 15 life-changing grants per annum.

2000s: Philip Brooke Barnes stepped down as General Secretary after 44 years, succeeded by his son, Paul Brooke Barnes. ACE now runs around 200 tours a year, enjoyed by over 3000 participants. In 2010, Paul Brooke Barnes purchased the farm complex Stapleford Granary on behalf of the Association for Cultural Exchange in order to provide a permanent home for the organization where art, education and culture can flourish. Paul continued as founding director until July 2020 when he invited Kate Romano to take on the newly created role of Chief Executive of Stapleford Granary. Paul continues as General Secretary for the Association of Cultural Exchange, overseeing the development of Stapleford Granary and ACE Cultural Tours.

From derelict barns to a home for the arts

Back in 1870, a disastrous fire ripped through the old Bury Farm. As result of this fire, the farm was rebuilt to a very high standard - a model, ‘state-of-the-art’ complex for Victorian times. The rebuild included a particularly fine two-storey granary which falls into an unusually small window of architectural history. By 1870, the crops were harvested and threshed in the fields by machine, not hand, driven by horsepower or steam. Dressing of the corn was carried out using machinery inside the granary, where it was also dried and stored. By 1950, this method was out of date and with the introduction of modern industrial farm buildings, the granary fell out of use by the 1980s.

For many years the granary and barns at Bury Farm in Stapleford stood derelict. But in 2009 the Association for Cultural Exchange bought the farm buildings with the intention of giving them a new lease of life. The vision was to transform these beautiful old buildings into an inspiring space for education, culture, music and the arts. That vision became a reality, masterminded by Paul Brooke Barnes, artistic director Trevor Barlow and local architects Toni Moses and MCW. The new Stapleford Granary building was awarded the RIBA Regional East Award 2019 for its authentic renovation into an innovative learning space whilst staying true to many of its original features.

The former Granary has been transformed into a concert hall with an excellent acoustic enhanced by the Douglas fir flooring and local gault brick walls. The space also includes recording and filming facilities, seminar room, art studios, gallery walkway and fully equipped jewellery and silversmithing workshops as well as office space for the charity and subsidiary company, ACE Cultural Tours.